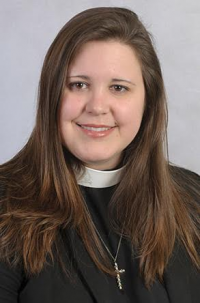 
The Rev. Marissa S. Rohrbach was called to serve as the Rector of St. Matthew's in April of 2018. Marissa is richly blessed by the gift of serving as partner-in-ministry to the people of St. Matt's. She is a graduate of Yale Divinity School and Berkeley Divinity School, where she earned an MDiv, an STM, and a Diploma in Anglican Studies. She is also a graduate of The George Washington University, where she studied French Literature. Marissa has served throughout the Episcopal Church in Connecticut in a number of ways, including as the Chair of the Commission on Ministry and a Transition Consultant. Marissa enjoys serving the diocese and the larger church and is proud to be active in the larger Wilton community as well.

Marissa and her wife, Lyn, live in Wilton with their beagle who is named after Thomas Becket. In their free time, you can find them by looking for the nearest ocean. Marissa loves to cook & travel. When she can't sleep at night, she reads French poetry from the Middle Ages & the Renaissance. She's kind of a nerd; she really loves Jesus and this adventure she's on with God's beloved people at St. Matt's. 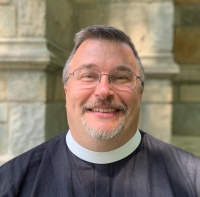 
Don is a lifelong resident of Norwalk, and he previously served as Deacon Intern at both Trinity, Southport and St. Luke’s, Darien. Prior to the assignment in Darien, Don spent the first fifty years of his life as part of Christ Church, East Norwalk.

Don’s ministry experience is broad and includes a leadership role as part of an ECCT Southwest Regional effort to establish Laundry Love; a monthly ministry which creates space to build relationships with, and provide laundry resources to, neighbors in need. Laundry Love serves the wider community, in particular members of the LGBTQ community; folks without adequate shelter, and young mothers living with their children in a local shelter.

Don has been employed with the Norwalk Public Schools since 1996, first as a Crisis Intervention Aide, then as a paraprofessional for children with special needs (Braille was his area of focus), and he currently holds the title of Executive Assistant to the Chief Talent Officer in the Human Resources Office.

In addition to his duties with the schools, in 2018 the Norwalk Fire Department appointed Don as one of two Chaplains to respond, as needed, with the five fire companies which make up the department. Don serves as a Volunteer Chaplain for Norwalk Hospital, a role he has been engaged in, in one way or another, for more than 20 years.

Since 1989, Don has been married to Beth Duquette Burr, who manages the library at Marvin Elementary School. Together, the Burrs have four grown children—Lance, Lindsay, Ashley, and Heather, and two grandchildren—Leia and Bradley.

In his spare time, Don enjoys photography, exploring historical archaeology, and camping with immediate and extended family (especially along the mid-coast of Maine and in the Northwest corner of Connecticut). 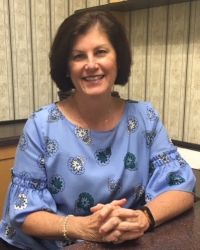 
As Parish Administrator, Nancy is a key part of the staff and the community at St. Matt's. Her work and ministry among us enables the parish to thrive. She is the friendly face that greets everyone who comes into the office. She works hard on our worship bulletins, communications, and participates in caring and planning for the life of the whole community, among a number of other projects.

Nancy resides in Monroe, CT where she and her husband, Scott, have owned and operated a family business for many years. She is an active, lifelong member of St. Peter's Episcopal Church in Monroe. Her interests include yoga, cooking, reading and morning walks with her dog. She is a proud mother of two adult daughters and enjoys spending time with family, especially her grandchildren.

Nancy has been an important part of the St. Matt's community since July of 2018 and we are so blessed by the ways she supports our life together. 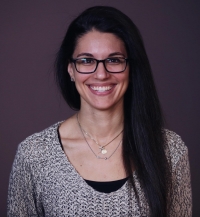 
In her role as Director of Children, Youth, and Family Ministries, Samantha oversees the formation of our children and youth. She is responsible for programming for our Church School, Youth Groups, and she assists with Confirmation. Her primary responsibility is to love our kids and support our families into deep and meaningful relationships with Jesus. Samantha is an important part of the pastoral staff, meaning that she participates in caring and planning for the life of the whole community.

Samantha has five years of experience in the world of Youth Ministry. She has a passion for empowering kids to walk with God in all they do and helping them to find their identity in Christ. She believes in the transformative power of Jesus and is inspired by the freedom that comes from following him.

Outside of the church walls, she can usually be found coffee cup in hand and nose deep in a book. She graduated from Quinnipiac University with a degree in Film and Interactive Media and previously spent 5 years working in the TV Industry. 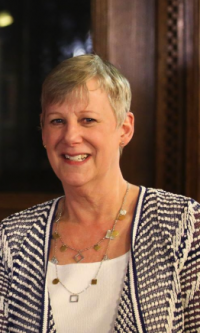 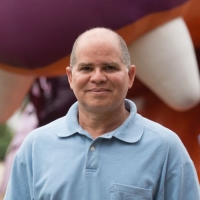 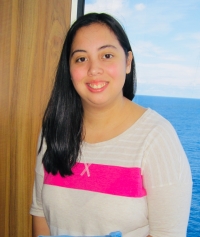 Lucia has been a dedicated staff member in our nursery for quite some time. On Sunday morning, she and Kate will welcome you and your child(ren) with smiling faces. They work together with the rest of the staff to provide a safe, fun, and faithful space for our youngest members during worship. If you haven't worshipped with us before, our Ushers and Greeters will be able to show you the way when you first walk in to St. Matt's.

About herself, Lucia writes:

"I have been blessed by being able to teach in the nursery for 16 years. I grew up here in Wilton and have been going to St. Matthew’s for most of my life. After confirmation, I was asked to start working in the nursery. Being able to teach in the nursery seems like a small thing but it has a huge impact. I love watching the little ones learn and think as we tell them the stories of God and Jesus. When I am not at church, I am working with my dad at our hardware store in Wilton Center. When not working, I love to hang out with my dog, bake and cook, or go rock climbing." 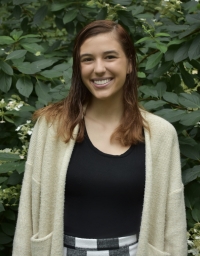 Kate has been in the Nursery alongside Lucia Sato for five years. On Sunday morning, she and Lucia will welcome you and your child(ren) with smiling faces. They work together with the rest of the staff to provide a safe, fun, and faithful space for our youngest members during worship. If you haven't worshipped with us before, our Ushers and Greeters will be able to show you the way when you first walk in to St. Matt's.

Kate graduated from Wilton High School in 2019 and decided to take a gap year. You can find her working at Blue Star Bazaar in Wilton or A Little Something White in Darien. Kate has been a part of St. Matthew’s Church for her entire life, and attended services with her parents, brother and sister. Her goal is to allow the children of both St. Matthew’s and WPC to feel welcome and at home, just like she does.

She loves to connect with the kids every year and often becomes close with them and their families. Her favorite part of being a Nursery teacher is sharing the word of God with the youth of the church.