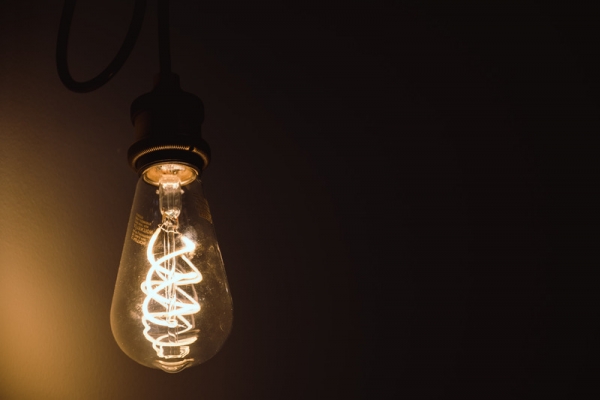 A Reflection from Jamie Hewitt.

When Marissa announced our St Matt’s read, I have to admit to being intrigued by the title, Barking to the Choir– especially as it conjured up memories of my early choir days where it seemed like our gifted but cranky choir director was always barking at us (at least through the eyes of an eight year old!)! But what got me reading was the tagline about radical kinship.

Have you ever had that feeling that there was something you just weren’t seeing? A bunch of pieces floating but not coming together? That was me….I have been doing volunteer service since I was in high school (a very LONG time ago!) and yet, while I felt satisfied “in the moment” of making sandwiches or filling a Thanksgiving basket or buying dorm supplies, I felt something was missing..but I just couldn’t put my finger on it…..and then I read Eleanor Arnold’s post about her work at the Bedford Women’s Correctional Facility and, well, all of a sudden, the light bulb came on - it was those times when I had developed relationships over the course of many years of “in the moment” activities when I felt most fulfilled – is that was is meant by radical kinship? Radical because it challenges us to do more than just “in the moment” service? To move beyond the “transaction” and embrace all aspects of kinship – good and bad?

Father Boyle has created an environment that enables those who come to him to develop a level of relationship that, for many, seems radical – probably because these relationships are very different from their own personal experiences. In fact, Homeboy Industries seems to embrace this kinship and has built it into the fabric of who they are, what they do and how they operate. As I thought about all the organizations and work that I’ve done, I realized that I already have the beginnings of a radical kinship with Habitat.

When we started, over 16 years ago, our work was very “transactional” – show up on a workday, do the work and go home. But as we did more workdays, we built relationships with the future homeowners as we worked side by side…we learned about their lives, jobs, children, struggles, hopes and dreams. We bonded over hammers and paintbrushes. We laughed at and with each other. Knowing that the work that we did would enable a member of the “working poor” to have safe and affordable housing, to put some money away for those unexpected repairs, music lessons or college...or even enable their child to have their first ever sleepover was a big motivator. We saw the same families for months and months, often paint splattered and exhausted from working multiple jobs AND putting in their Habitat hours…and then the day came when they got their keys and their houses were dedicated…win, win, win…and, often, we continued to see them on work days as they were now helping another family achieve their dream of home ownership. A kinship beyond family bonds – a kinship born from a diverse group of people coming together over many months to achieve a common goal for one family.

Radical? I wish not…maybe when you do it over and over it is just becomes kinship…I hope so.