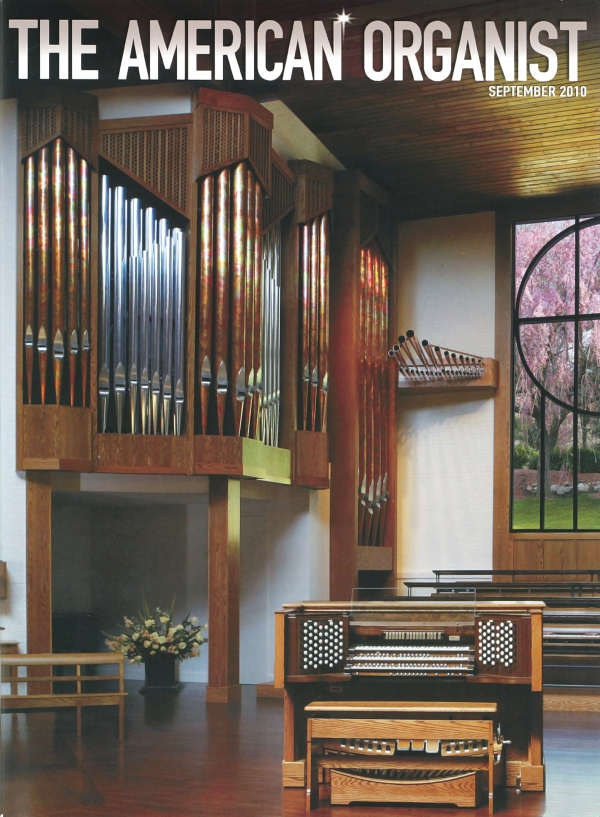 At St. Matthew’s, we are tremendously proud of our pipe organ. Its three manuals, 42 ranks and 52 stops provide a formidable dynamic range, a wide color palette and endless versatility to the music at our church. The instrument, built by Reuter Organ Company (Lawrence, KS), dates to 2009, when the church community had decided upon major renovations to most of the Sanctuary. Accommodating an organ of this size and style was a principal reason behind undergoing this redesign, and Reuter designed the instrument in conjunction with the new acoustic and visual properties of the space. Its public inauguration was in worship on Sunday January 31, 2010. Ken Cowan then gave it its concert debut the following March. Now, the organ is integral to worship in our parish virtually every week. The entire community at St. Matthew’s remains grateful to the Brock family, who donated the funds for this instrument in memory of Anise McDaniel Brock, much beloved organist and music teacher.

The organ excels at every task: hymn playing, choral accompaniment, and organ solo repertoire from baroque to contemporary. Its stoplist illustrates its great flexibility: each division is fully equipped with one or two principals, flutes, upperwork, sundry reeds, and even percussion accessories. Furthermore, each division is “extended” to a degree by borrowing stops from other areas of the organ. Among its many notable features are the Great principal chorus, which is large enough to fill the room by itself; the Swell Waldhorn, a reed that in fact runs the gamut from 32’ for use in the pedal all the way to 8’ for use elsewhere; the Choir Tuba, a force to behold but restrained by its expressive enclosure; the totally unrestrained Trompette en Chamade, which looms threateningly over the choir stalls; and, perhaps loveliest of all, the 8’ “Brock” Flute, capable of truly heavenly sounds, especially when paired with its 4’ colleague. At its smallest, this organ is not much more than a whisper, and at its loudest, it shakes the entire campus.

Photos of the organ

View organ specifications as a PDF 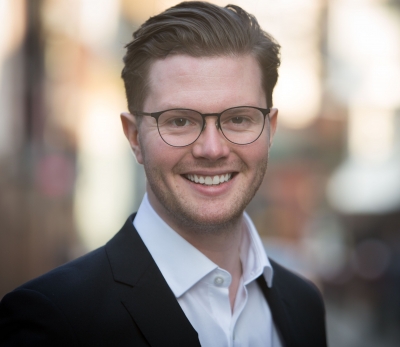 Director of Music Ministries and Organist


Andrew is a British-American conductor, countertenor and keyboardist who has been active in the professional music spheres on both sides of the Atlantic. In July, 2021, he joined the team at St. Matthew’s and now directs the choirs, runs The Arts at St. Matthew’s and serves as organist for the parish.

This appointment is Andrew’s third as a music director. Previously, he served at the United Methodist Church of Berea, OH and then Grace Presbyterian Church, Jenkintown, PA. As a freelance singer, Andrew was a permanent member of The Gesualdo Six, the Choir of Her Majesty’s Chapel Royal, Hampton Court Palace and the Bach Choir of Holy Trinity, NYC, and a deputy member of Tenebrae, the Voces8 Foundation Choir, TENET, Ensemble Odhecaton, Magnificat and others. Equally passionate about music education, Andrew taught music at The King’s School Rochester—the world’s second oldest school—and The Frances Bardsley Academy for Girls in East London.

During the Coronavirus pandemic, Andrew produced virtual performances online, resulting in a substantial following on social media. His recordings of Pearsall’s Lay a garland, Purcell’s Sound the trumpet, and Tallis’ Spem in alium gathered hundreds of thousands of hits and can be found on YouTube.

Andrew lives in Norwalk with his two adorable cats Archie and Maxie. When not at church, you might find him busy with his latest arts & crafts project or attempting to get better at running.

St Matthew’s is a community of disciples and we are on a journey together. We are called to participate in God’s mission. We learn and dream, worship and pray, laugh, cry and serve together. St. Matt’s is a place where we learn about God and learn to be disciples. It’s a place to call home. A place to belong. Wherever you are on your spiritual journey, you are welcome.

Sundays at 8:00 am Holy Eucharist Rite II
A quiet, informal service held around the Altar