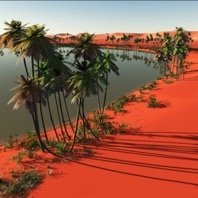 A Reflection from Joe Magnano

I was told to be careful walking around the poor neighborhoods of West Philadelphia, but I was not concerned. I remained unfazed and almost did not even notice that, by the time I reached my stop, I was the only white person on a crowded bus. I had to interview about 5 households on my first day, and needed to get back to my college dorm before the cafeteria closed that evening. There were no smartphones back then in 1972, so had to rely on a map that my employer, the Legal Aid Society, had given me. My slight unease from witnessing small groups of rowdy young men congregated on street corners totally dissipated when I knocked on a door and a middle-aged women invited me into her house after I explained to her that I was there to help her. I needed information about the car that was forcibly taken from her (through a legal process called repossession) and the related car loan that she could not possibly repay. The peace, security, calm, happiness . . . . the uncanny serenity I felt that afternoon going from house to house with what appeared to be street gangs at every corner, was certainly the result of my knowing beyond any doubt that I was doing the work of God.

When my wife Catherine and I moved to a larger apartment on Manhattan’s Upper West Side to accommodate a growing family, we searched for a church that we thought would be great for the spiritual development of our two children, Alex and Chris. We settled on St. Matthew and St. Timothy Episcopal Church. The congregation was roughly one third each of Black, Hispanic and White. It wasn’t long before we became assimilated in the life of the parish. Church youth group, adult education, the Christmas pageant, and elaborate (with magnificent robes and lots of incense) English/Spanish holiday services, were experiences we looked forward to.

I did not keep it a secret from our Rector, Fr. Jay Gordon, that I believed that opening up a soup kitchen for the homeless was something our church must certainly do. It took about two years before we got the program started. I vividly remember my delight in walking from our apartment to our first soup kitchen event, side by side with my two boys (then about 7 and 5 years old) and doing what clearly to me was Jesus’ explicit mandate: to feed the poor, the homeless, the destitute, the downtrodden, the addicts. What made it a dream come true was that it was not only I, but I and my very own children, that were doing all of this and, in the process, developing a relationship of mutual respect and authentic friendship - a kinship - with our brothers and sisters in Christ. As the jazz of a virtuoso homeless pianist filled the room, and I and my sons darted in different directions serving our guests at their tables, I paused to imbibe that same peace, security, calm, happiness . . . . that sweet uncanny serenity that I had felt in the streets of West Philadelphia decades earlier.

Last year, Catherine and I visited Catherine’s brother Ted and his wife Anna, in Greenville South Carolina for Easter. For the Easter Service, they took us to Triune Mercy Center. As we walked in, I began to realize this was no ordinary church. There was lots of enthusiastic hugging and shaking hands among a diverse group of people who acted like they had known each other for years. And Holy Befold (as Gregory Boyle would say in his book Barking to the Choir), as we later discovered, the guy who had been sitting right in front of us was homeless, and the person next to the person sitting to my left was homeless, and this place held services for the ordinary (such as us) and the extraordinary who survived extraordinarily difficult life circumstances. The sermon was about some of those people. Their stories were not unlike the painful, heart wrenching stories Boyle tells us in his book, although the sermon stories all had a happy ending (it was Easter after all, and the theme was one of resurrection). As I got up to leave, taking in the noisy joviality of the people all around me, and being overcome by the overt displays of kinship á la Boyle, my spine tingled with the peace, security, calm, happiness . . . . the uncanny serenity which I had felt in West Philadelphia, the Upper West Side, and now in Greenville.

So what is this Oasis of Serenity in a desert of so much misery and suffering? Perhaps it is, according to Boyle, when “The Dude Shows Up” - when God’s presence permeates our being; or when “awe” comes upon us, and judgement, blame and “the original prejudice that some people are important and others don’t count” completely disappear; or when “our willingness to see ourselves in kinship with [those on the margins]” creates a “kinship so mutually rich” that it transforms us. Whatever it is, I have savored and experienced it, and I highly recommend it!