Kinship: The pearl & the treasure. 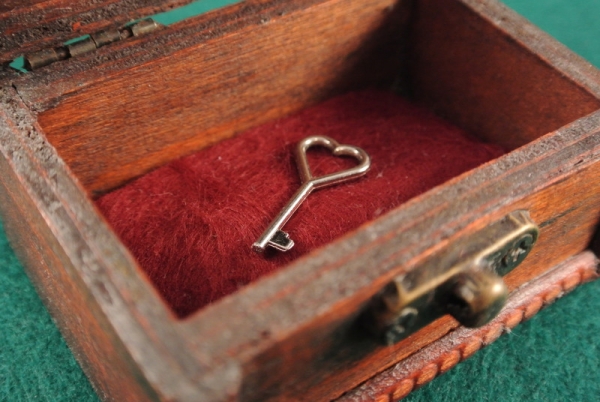 A little less than ten years ago, I spent my Saturdays for a summer or two in a commercial kitchen in the back of an Episcopal church in the Village. I’d get up really early and take the train into the city to help make dinner for a little less than a hundred people who were mostly homeless and HIV+. They were a diverse group of women and men who gathered once a week for a big meal in the early part of Saturday evening. The meal was a long-standing program, a tradition in the parish since the AIDS epidemic, when very little was known about the virus and very few people were willing to put themselves at risk to show kindness to those who were beginning to be very sick. Into that void stepped some brave people, a few brave organizations, and a couple of churches who would model Jesus’ love and compassion with their own hands and hearts.

There was one man in particular, who I’ll call Jack. Jack was the only one who came to Evening Prayer the first week I was there. And we sat alone, in a circle of chairs, flipping through pages in the Prayer Book. I was uncomfortable. After we stumbled through the prayers together, Jack asked me why I was there. It was a genuine question. He wasn’t angry, he wasn’t anything but curious. Why would a young, clearly privileged, white woman give up the Saturdays in her summer to feed and pray with a bunch of mostly homeless, mostly HIV+, mostly men who belonged to racial minority groups? In theory, we had very little in common. And Jack thought that I had better things to do; we talked about this for a while. He kept on asking me why I was there, and I kept stumbling through answers that didn’t satisfy him, until these magic words fell out of my mouth:

I’m here because I believe that Jesus loves you. And me. And wants us to be together.

I believe all those things are true. And that was the luckiest combination of three sentences I ever managed to find. I still had to prove a bit that I meant what I said. You don’t just get invited into populations that have been left out, mistreated, and abused. But those three sentences opened the door. Jack started bringing more of his friends to Evening Prayer. We stayed longer in that circle of chairs that didn’t seem so uncomfortable anymore. And the circle grew. We had hard conversations about disease, death, and the value of human life. I had no answers, nothing I could give them, nothing I could fix for them, only hands to hold theirs and a heart that had fallen in love with them and their stories.

I had sort of stumbled my way into the doorway of kinship. Jostled, as Boyle would say, into a space of stretching and learning that wasn’t my own. But even as I stood at the door of that kinship, I knew the magic of what could be kinship wasn’t mine. It was theirs. I might have been the one to show up and bumble my way into saying something decent about God’s love with God’s help. But they adopted me. They made room for me, even when all the evidence of their own lives told them not to. They trusted me, opened their hearts, even though they had no really good reason to do so. And we became part of each other.

In our summer read, Barking to the Choir, Greg Boyle says this about kinship:

“Kinship is the game changer. It is the pearl of great price. It is the treasure buried in the field. Let’s sell everything to get it. Yet we think kinship is beyond our reach – yet Gospel kinship always exposes the game, jostles the status quo, in constant need of conversion, because the status quo is only interested in incessant judgment, comparisons, measuring, scapegoating, and competition…”

Kinship, the idea that we are family, a new creation in Jesus, is at the heart of the Gospel message. Everywhere Jesus goes, he pulls people into his movement, into relationship with him, people who are really different from each other. And he asks them to work together, to live together, to love one another. What Jesus is doing is building a new kind of social order, not like that of the world where power and privilege dominate, but an order where everyone matters and where we discover the truth: that we belong to each other.

Boyle is right. Kinship is the pearl of great price, the treasure hidden in the field (You can read those parables here). The dream God has always wanted for us that we think is far off – and yet, is actually very near. This, after all, is the promise of Jesus – we just heard it in the Gospel last week: The Kingdom of Heaven has come near to you. It comes near to us when we enter into kinship, when we enter in to sacred and meaningful relationships. And the change in us, the change in the order around us, is worth selling everything else, letting everything else go, betting the whole ranch, on the promise of belonging to God and to each other.

I’d said yes to this project because I knew that I loved to cook and to feed people. But what I didn’t know is that I would be adopted. That I would learn. That my life and my story would be wrapped up with theirs. I’d come to chop vegetables, butter bread, serve food, and say a few prayers in the evening light. I had nothing else to offer these men and women. I couldn’t fix anything for them. I couldn’t give them anything that would help except belonging. This, it turns out, is all they really wanted: kinship that would make space for their stories and mine, equal sharing, mutual belonging, and the promise that if we can learn to belong to each other, then we already belong to God.

Celebration of the life of Elena Savas